Through my travels, I have realized that you definitely do NOT have to visit another country to experience different cultures and different ways of life! Having been born and raised in Washington State, I became very accustomed to living the west coast lifestyle. Then, I made the move out east. My eyes were open to a new culture and a new way of life.

Almost two years ago to the day, I picked up my life in Seattle and headed east for Boston. Terrified of the unknown, I was optimistic that this move would be a good experience. Looking back, it has been nothing short of phenomenal (Hi Rob!). Now, as I pack up to head back to Seattle, I thought I’d share a few things I’ve learned during my time here.

Disclaimer: While I mostly reference Boston, it may differ from the rest of the east coast. These are my observations.

Hey guy! No one says wicked pissah around heah.

1) Say what? I knew when I moved out here that I would hear a few more accents than I was used to back west. However, I moved with the misconception that almost everyone would have an accent. When really I have only met a handful of people who have a true east coast (Boston, New York, etc.) accent. They are more common and noticeable in Connecticut, Rhode Island, and New York.

In regards to Bostonians, they really do say wicked, typically as an adverb such as very or extremely. However, please do NOT ask if you can “pahk the cah in the Hahvad Yahd”…We’ve all heard it before, and besides, the Harvard Yard is literally a giant lawn. So, no you cannot park or pahk there.

However, there were moments of cultural dissonance when one member of the conversation had to say “I’m sorry, come again?”. If I wasn’t looking at them like they were speaking Swahili, then they were looking at me that way. Here are a few examples from a running list my roommate has kept;

Since when do I walk so fast?

2) East Coast Lifestyle; It is no secret that the east coast is known for being a little more rough around the edges. I can confirm that in some ways this is true. From my experience, east coasters are more likely to speak their mind. If you’re not used to people being so upfront, then this may catch you off guard. This stigma also suggests that east coasters can be unwelcoming to outsiders. Well, this is also slightly true. However, I have found this to be the case because of how deeply east coasters feel. This may be their greatest kept secret. They are going to tell you what they think because they are not here to play games. They are slow to trust because once you’ve earned it, you are in for life. They are loyal, caring and will go to war for you. Break that trust, and you are done for! 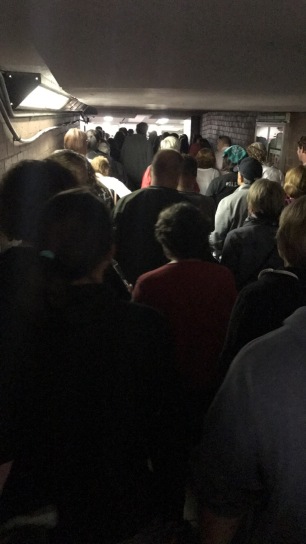 My time here has also taught me to be more assertive. There is a fine line to being aggressive and being assertive. To me, assertive is realizing what you want, knowing how you are going to get there, and recognizing that if you do not get on this train you’ll be here all day!

That building is HOW old?

3) America the beautiful; Seeing as I come from the majestically-mountainous state of Washington, I am used the snow capped peaks and evergreen trees. So, when some suggested we go skiing and that we didn’t need chains or all wheel drive to get to the summit, I was confused…

What they may lack in altitude they make up for in foliage and coastlines. Fall in New England is one of the most beautiful things I have ever seen. Rich bursts of orange and red erupt from all around. Not to mention, the history and long-standing buildings transport you back to another date in time. Before I moved to the east coast, I was mesmerized by buildings that were 50, maybe 60 years old. Whereas, in Boston I would walk by the place where the Declaration of Independence was read for the FIRST TIME every day. 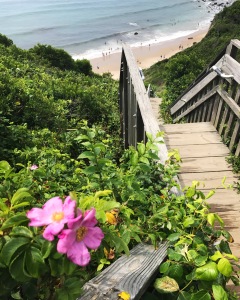 Rhode Island, the Ocean State, has slowly become one of my favorite states. Though it be but little, it is fierce…ly beautiful! Newport, Block Island, and Watch Hill (S/O to T.Swift!) are just a few among many beautiful beachy locations.

4) Style, style style: One the most visible difference is how people dress. Just as the Northwest has their own starter pack with Birkenstocks, flannels, and beanies, the east coast also has their own version. I have noticed that a popular theme here is the nautical, straight out of J. Crew look. In general, men’s style is more fashion-forward and well-tailored. Most men will trade their dress shoes and suit jackets in on the weekends for Sperry, Vineyard Vines, and L.L. Bean.

The verdict is still out on whether the women’s fashion differs that much! However, I was once told by a friend at Harvard that she was discouraged from spending too much time on her hair and make-up because it suggested that she was not spending enough time studying. Again, just one person’s thought BUT I would be lying if I said that I saw a lot of students who were done up for school.

Did that woman just walk by me with a plastic cup in a styrofoam cup?

5) FOOD: Is it even an article if I don’t talk about food?! I have met some beyond lovely people here, but I think the food comes in as a VERY close second to things I will miss about the east coast. Don’t even get me started on the Italian food. I’m salivating just thinking about it. Instead of being surrounded by fast food chain restaurants, you are surrounded by some of the country’s greatest cuisines. There are just so many good restaurants that I have eaten at very few of them more than once.

Outside of the restaurants, there are cute little mom & pop shops, where you can grab a quick bite to eat or a good cup of coffee. While the east coast might run on Dunkin’, I encourage you to try something else. Don’t let their impressive following and two-cup-trap fool you. Branch out. The east coast is your oyster!!

Speaking of, have you tried the clam chowder? Perhaps, the lobster? Don’t miss out on these Northeast Delicacies.

Overall, I guess my point is there is NO correct or incorrect way of life. There are just different ways of living it. And if you keep an open mind and heart then maybe you will find a new way of life that works better for you. Maybe you find the love of your life. Maybe you first find the person you were meant to become! Either way, you won’t find it waiting behind this screen. So, get out there. Take risks, make mistakes, and butcher how you say Worcester. Go. See more than your comfort zone.

2 thoughts on “West Coast Girl in a East Coast World”